The Institut National de la Recherche Agronomique (INRA) was honoured to welcome scientists from all over the world who attended the International Workshop on major Genes and QTL in Sheep and Goats. Approximately 100 participants from 16 countries were registered, contributing 52 oral or poster presentations.

A first session was dedicated to the tools available for identifying and localising major genes or QTL in these two species. Molecular techniques, marker panels, radiation hybrids, genome physical maps, and BAC libraries were presented along with genetic, comparative and cytogenetic maps. A second and largest session concerned different traits for which major genes or QTL have been found, i.e., ovulation and other reproduction traits, milk and meat characters, and resistance to disease and wool production. For each group, a guest's paper focused on one sub-trait gave the state of the art: the history, identification and localisation of sources of monogenic and oligogenic variability, genetic determinism (dominance, imprinting, ...), effects on the phenotype, physiological mechanisms implied, use in populations, etc. The third session was devoted to the strategies for the use of major genes and QTL in populations, while the last session covered future prospects. A CD (available on request to bodin@toulouse.inra.fr) of the full proceedings was available, and participants invited to give a main paper also had the opportunity to submit it for publication in this special issue of GSE. Nine articles were jointly selected by the Editorial Board of the journal and by the Guest Editor. 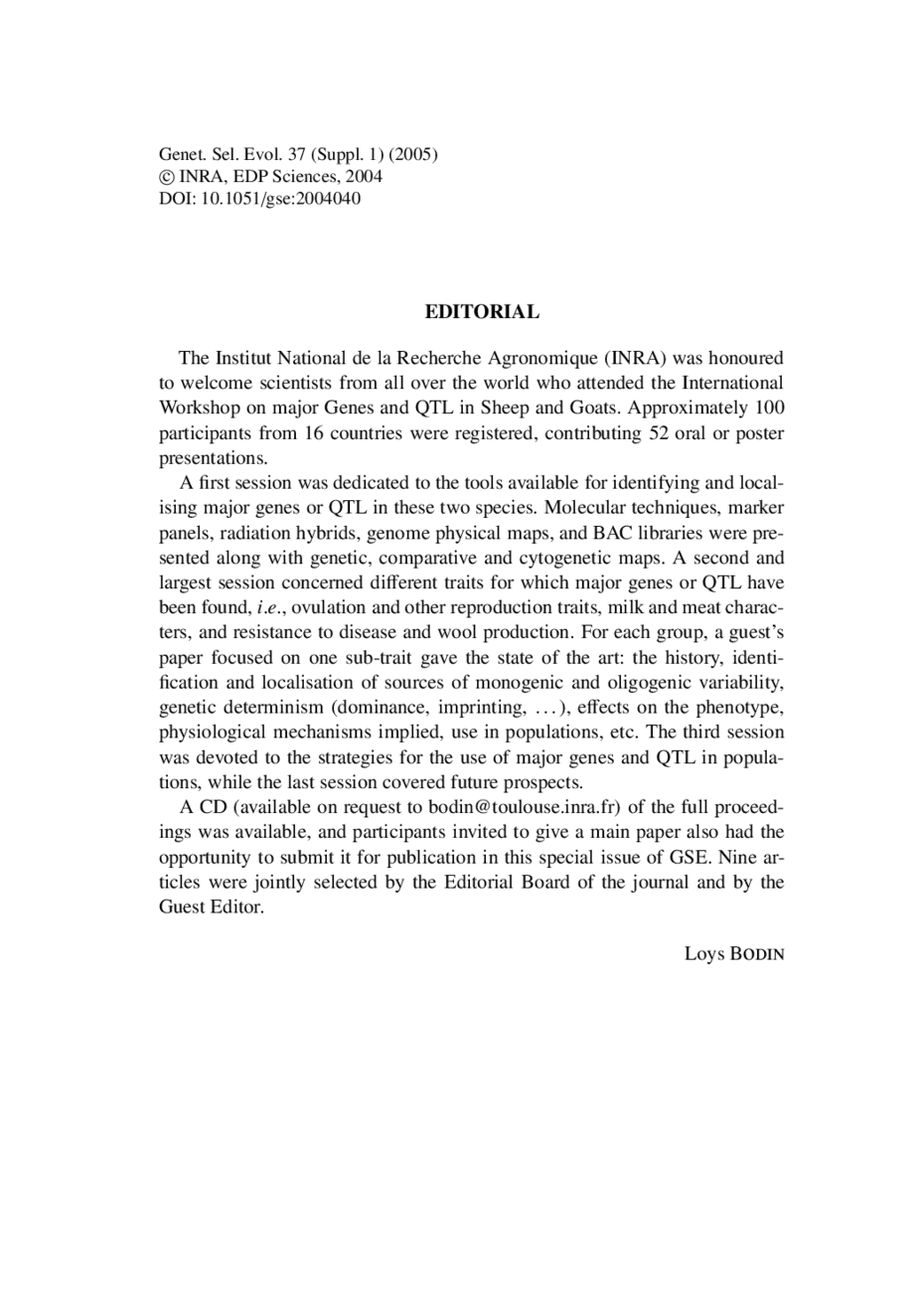